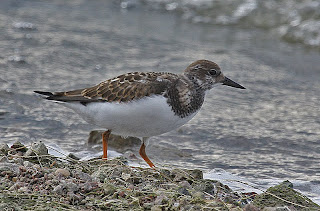 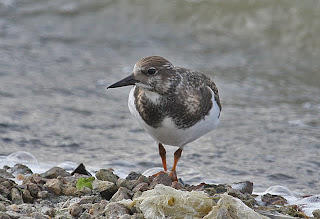 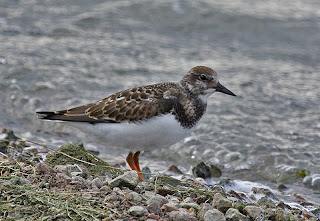 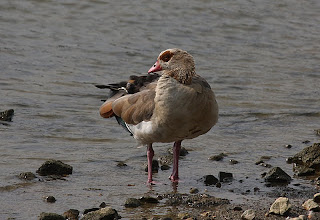 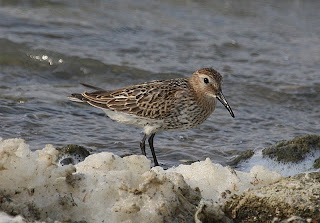 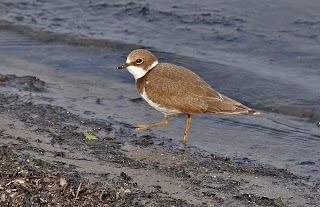 15th August 2010
Draycote Water is a funny place, not in a 'have you heard the one about the birder and the landlady' sort of way but some times birds stay when you least expect them to and others move on for no apparent reason. I really thought there was little chance of catching up with the Knot and Turnstone on a sunny Sunday afternoon but I had to give it a go. As I feared the place was heaving, people down on the shoreline, walking on the dam walls, everywhere. I checked Farborough and Toft banks. The resident Eygptian goose was in Toft and a single Little Egret was on the far side but no sign of any waders at all. Up to 4 Common terns were flying about. I walked back and around to the overflow to find the Turnstone (163) on the bit of shore just beyond the overflow there was also a Dunlin and juvenile Little ringed Plover in the vicinity. At the inlet 2 more Little ringed plovers and a Common Sandpiper were seen. The walk to the Valve tower was unproductive but as the afternoon wore on the numbers of visitors deminished and it was very pleasant in the sun.
Total no. of species reported in Warwickshire so far this year = 184
Posted by bob duckhouse at 14:25