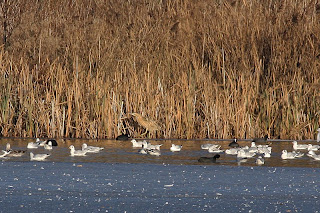 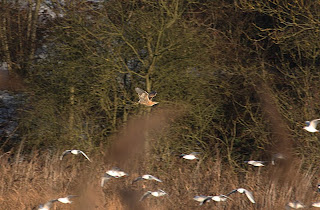 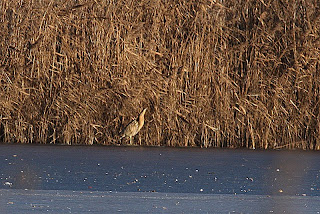 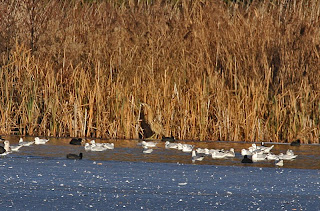 Had such a nice time in the Tame valley the other day I decided to go again. Started at Coton before moving on to Lea Marston. A single Little Egret flew through Coton but little else of note apart from a good number of Common gulls, almost outnumbering the Black headed gulls.
At Dosthill I was greeted by a couple of Curlew but there were no passerines on the mounds only a small flock of Chaffinch on the river bank so I carried on Dosthill N.R. where I met John Harris who was looking at the large number of gulls on the ice. He picked out a Yellow legged gull before I carried on in my search for anything with wings. Sparrowhawks seemed to be everywhere and a single Kestrel was seen. On the way back a Bittern posed at the front of the reedbed, probably my first in the Fisher's Mill/Dosthill area certainly the first of the winter.
Total No. of species reported in Warwickshire in 2010 is now : 204
Posted by bob duckhouse at 08:36