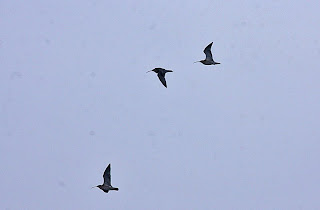 3 of the six Curlew over Shustoke res. 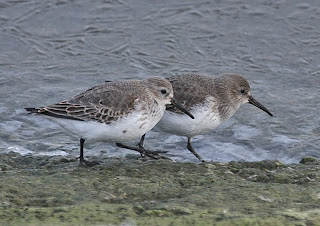 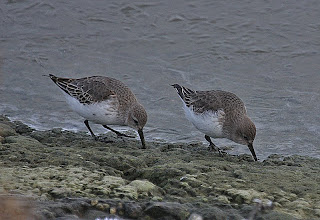 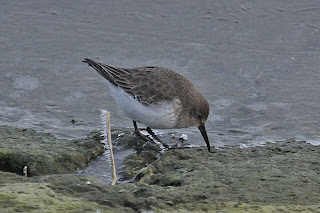 Friday 3rd December 2010
Having wandered about in the snow at Dosthill in the morning it was time for a coffee and sausage and egg sandwich at the Cedars before moving on to Coton. Not many wildfowl considering it offered the biggest area of ice free water in the area. 3 male Goosander flew over and a pair of Kingfishers flew up and down the river but no sign of the pair of drake Smew which had been reported earlier. They may well have been on the back pool but I didn't feel inclined to look and decided to go to Shustoke instead. The morning sun had gone and the temperature was falling as I began the walk round. A pair of Knot reported earlier were worth looking for but by the time I was nearly half way round they had become a pair of Dunlin. The birds were on the very edge of the ice searching the cracks in the concrete for any food item they could find. As I walked back I noticed 6 Partridges in an adjacent field and 6 Curlew flew over. It was cold but great to be out again.
Posted by bob duckhouse at 00:36