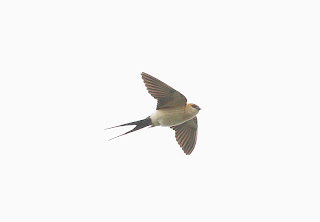 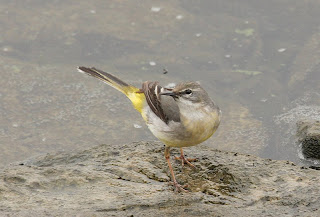 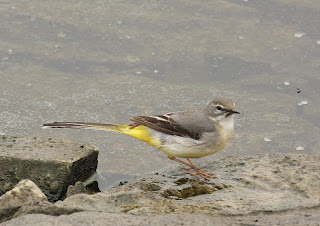 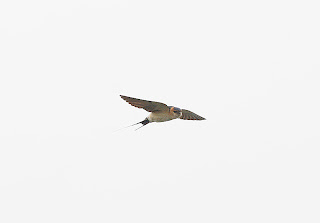 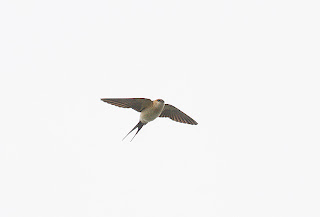 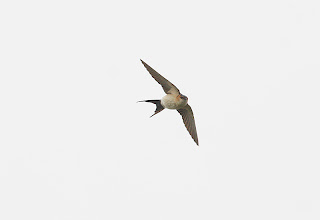 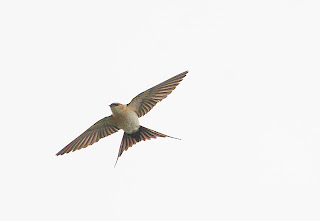 Saturday 11th April 2009
Just a short journey up the M69 and the A46 lies Watermead Country Park, a series of pools and lakes formed from former sand and gravel workings. The purpose of this out of County excursion was to see a Red rumped Swallow, a regular spring overshoot to the UK but still a great bird to see in the Midlands. There was a steady drizzle as I arrived which persisted throughout the morning. The Red rumped Swallow showed well in company with a good number of Barn Swallows, Sand Martins and House Martins. For good measure there was a pair of Green Sandpiper and a Little ringed Plover on some rough ground opposite the main pool. I recognised some familiar faces amongst the douzen or so assembled birders. John Hague was his usual welcoming self and after the usual banter about Pork pies we both attempted to take some blog shots in what were becoming atrocious conditions. Get your excuses in early thats what I say.
John suggested we visit Cropston Res. which is a short distance away. I must admit I was rather envious of the local Birders as Cropston and if my memory serves Swithland are havens of tranquility compared with Draycote Water or indeed much of Kingsbury Water Park. There were a pair of Red breasted Mergansers and a pair of Common Scoter on the water, a drake Mandarin flew over and a Common Sandpiper on the dam wall near the road. All in all a good tally at Cropston and a thoroughly enjoyable mornings birding in Leicestershire.
Posted by bob duckhouse at 08:51