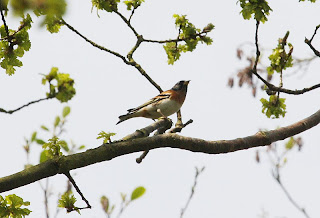 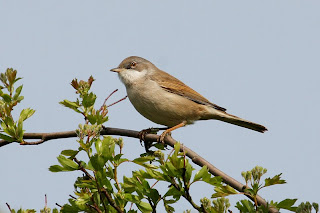 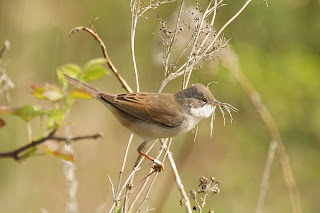 Tuesday 21st April 2009
Again it was a question of grabbing a bit of Birding as and when and I had a couple of hours at Brandon Marsh in the morning. It was a lovely day to be out, and bird song filled the air with Cetti's, Whitethroat, Lesser Whitethroat(145), Willow warbler, Sedge and Reed warbler (146) all demanding attention at Newlands. In the New Hare covert Alban Wincott found a male Brambling in the canopy, unfortunately it chose to stay high up but its splendid breeding plummage could still be appreciated. On East Marsh there was a single Common Tern, while waders were represented by Oystercatcher, Ringed plover, Snipe and Redshank.
Posted by bob duckhouse at 11:48