Answers on a postcard, please. 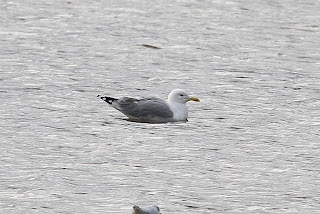 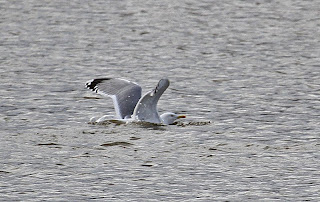 Disappointing day at Stubbers Green, West Mids. Very few large gulls came down on the pool in the time I was there. Large numbers of gulls did circle over the old pit but only a few found their way to the pool. An Iceland gull was seen distantly in flight but that was it. A candidate for adult Caspian Gull was seen and discussed at length but although it showed a number of characteristics of Caspian, no one was very confident about its ID.
Posted by bob duckhouse at 12:05