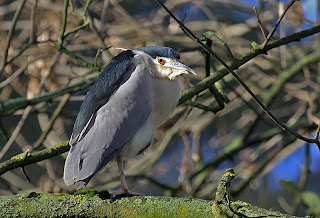 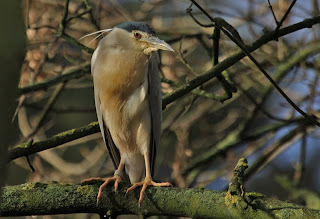 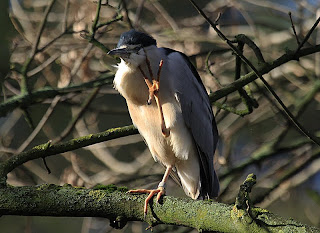 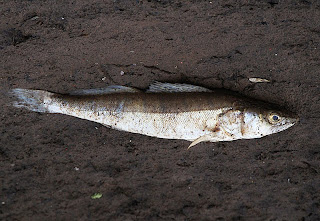 Saturday 21st January 2011
Reports of an adult Night Heron a few miles up the A5 at Atherstone created a bit of local interest even if was always likely to be of captive origin. The bird had been seen during the previous few days but news was slow to leak out as it was in an area with very limited access.
The bird was roosting in a tree over a drained section of the Coventry canal. Dave Hutton managed to get some close up shots of the birds metal ring which suggested it had been the 'property' of Arnhem Zoo in the Netherlands at some stage. For an 'escape' the bird had been about a bit and it would be fasinating to know the details of its travels thus far.
Posted by bob duckhouse at 07:40