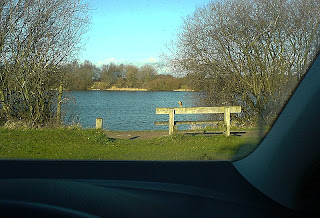 Sparrowhawk from inside the car 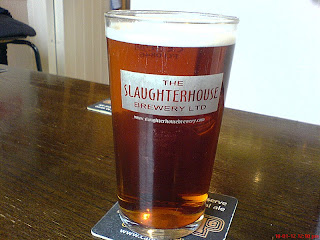 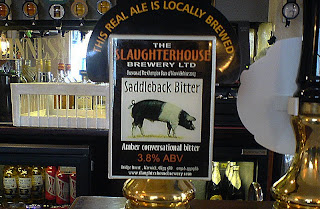 Wednesday 18th January 2012
Had a wander around Leamington Spa and would you Adam and Eve, it found a pub, The Woodlands Tavern, selling ale from the Slaughterhouse Brewery from Warwick. So just had to try one. It would have been rude not to really. The remaining Warwickshire breweries will prove more difficult as they are deep into the south of the county near the Gloucestershire border.
Thursday 19th January 2012
Popped into Broomey croft, Kingsbury to eat my lunch and was joined by a male Sparrowhawk on the lookout for his lunch. No camera of course, except my battered old phone so apologies etc but you get the idea.
Posted by bob duckhouse at 09:50