Moths in the Mist 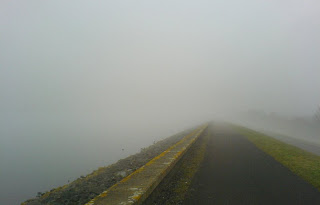 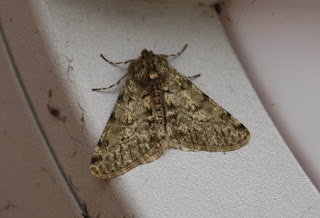 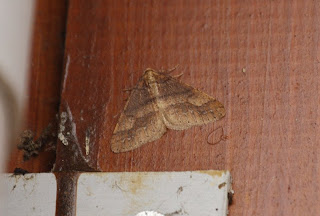 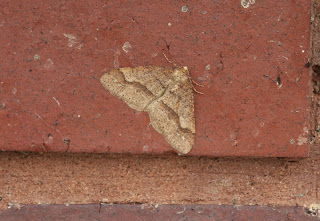 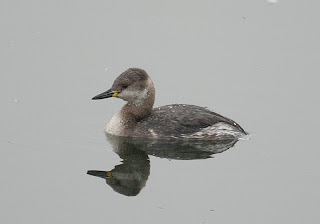 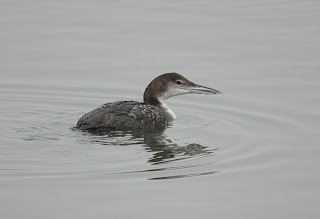 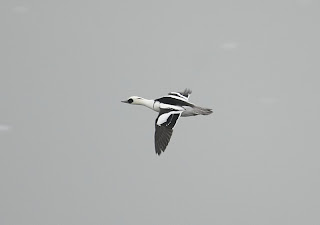 Lured by the prospect of Red crested Pochard today's destination was Draycote water. As I approached it was obvious it would be difficullt viewing, the whole valley was shrouded in mist. I set off on my 5 mile yomp hoping it would clear but it didnt. It was flat calm, the edges showed evidence the gull population was undergoing a major moult with a fringe of white feathers covering the waters edge. The stillness was only shattered by the penetrating screams from a distant shore, of children realising that their shiny new bikes needed physical effort to make them go. Im going off on a Victor Meldrew. Back to nature, the Red necked Grebe showed well as did one of the 3 Great northern Divers seen, a drake Smew flew out of the mist and a few Goosander floated about. A weasel hurried about its business and the air was heavy with the scent of fox in the copses.
Back at the ex-cafe were 2 new moths for me - Pale brindled Beauty and Dotted Border.
Posted by bob duckhouse at 07:36