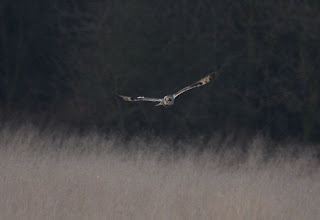 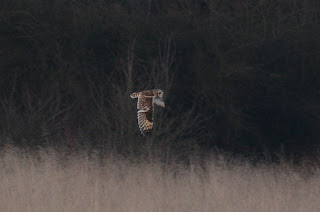 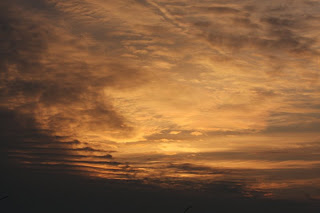 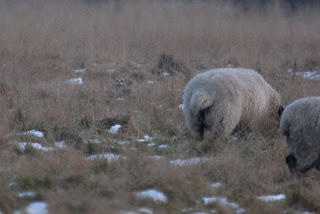 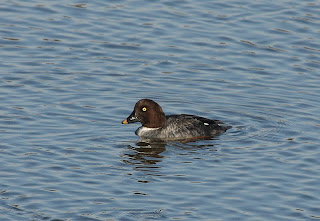 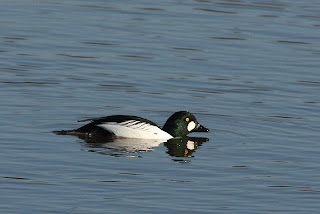 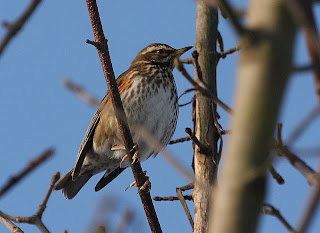 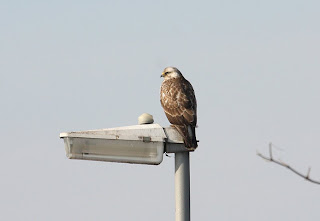 Firstly I'd like to say thanks for all the positive comments I've had about about the blog since I started. Its good to know that somebody out there is looking at it. Trouble is, it gets a bit repetitive at this time of the year in terms of birds so its not always as interesting as you'd like it to be. However, I did get one new bird yesterday, so read on.

The day started at Curdworth, checking the stubble fields for Corn Bunting. There were 30 or so Fieldfare but no Corn Bunting, again! So on to Hams Hall, The white Common Buzzard was on station, literally, but no Firecrest. 3 Chiffchaff were seen, along with the usual Grey and Pied Wagtail, 3 Song thrush and a single Redwing. On the river the number of Teal had increased since the previous week and the elusive Common Sandpiper was finally pinned down. After a coffee at Polly's it was on to Kingsbury Water Park. With the recent bad weather I thought the Short eared Owl might be showing on Richard's meadow during the early afternoon but I thought wrong. I did enjoy watching 3 Goldeneye displaying from Sita hide though. Walking on up the canal the only sighting of note was Mondeo man, very common in these parts. Ever confiding, John passed on a wealth of news and gossip before moving on to explore Dosthill. Shortly afterwards I met Lee Johnson, having seen little of note around Fisher's Mill we went back for another vigil at Richards Meadow. As the sun sank and the Corvids and Gulls headed to roost Lee's sharp eyes picked out a Woodcock. I just managed to get on it before it dropped into cover. The Short eared Owl finally put in an appearance hunting over Richard's meadow before moving to the sheep field in front of the hides at Cliffe pool.
Posted by bob duckhouse at 01:58