Divers in the mist. 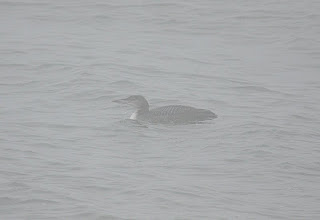 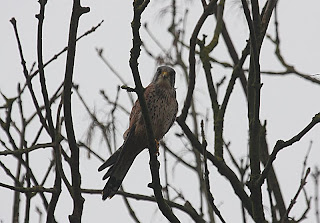 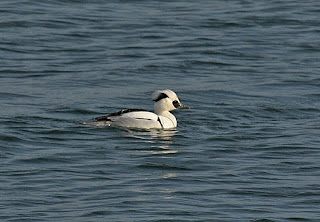 Smew in the Sun

Monday 18th January 2010
There are times I wished I lived a bit closer to Draycote Water than I do. Sometimes info on birds comes out in the late afternoon when there just isnt time to get across. The Brent geese were a case in point, they were never going to stay till the next day so you've got to get over straight away to be in with a chance. I seem to have missed a good few birds there already for a variety of reasons. Today I had an opportunity to spend some time there. Trouble was I hadn't reckoned on the fog which got worse as I walked round. It was possible to make out the outline of a Great northern Diver close inshore in Toft and a few ducks but that was about it. There was a nice flock of 30 or so Siskin in Biggin bay but it wasnt until approaching the Valve tower that the fog really lifted. The drake Smew showed well but there was no sign of the Common Scoter, and only 3 Goosander were seen. On returning to Toft both Great Northern divers were on view but generally it was very quiet.
Stopped at Morrison's Supermarket on the way home - interesting. I went to an automated check out. I dont particularly like using them because I prefer the personal touch and they're putting people out of work. Anyway despite the machine telling me to take things out of the bag I got through the encounter with only getting assistance about 4 times which was pretty good considering I'd only got 3 items. Finally I got to the part where you pay. Not much can go wrong here - WRONG. The machine wanted to know my age for some reason. If I'd got a trolley full of Stella fair enough but the nearest thing I'd got to intoxicating substances were egg custard tarts. I waited for a few seconds, nobody appeared. That was it, I carried my bag of goodies to a real person. I half expected to be stopped in my tracks by a Cyborg. I hoped I'd confused the machine. I wondered about where this was all going to end, but then when the check out girl barely raised a smile or any acknowledgement of my existence I decided that perhaps machines were the way ahead.
Posted by bob duckhouse at 08:04