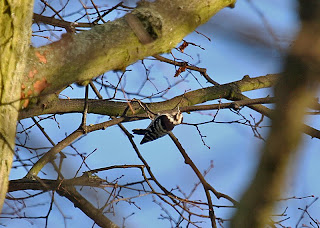 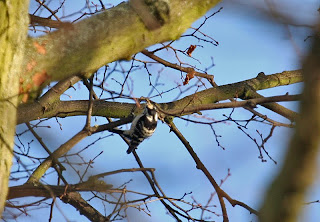 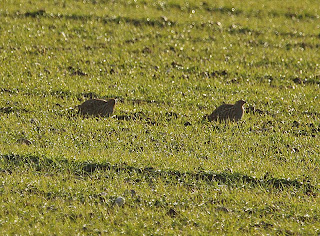 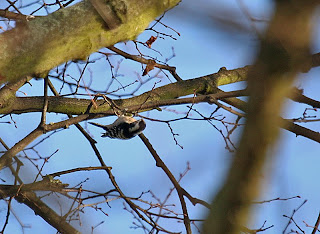 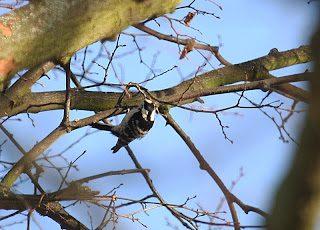 Lesser spotted Woodpecker
Sunday 17th January 2010
I thought it might be worth checking any flooded fields for wild swans or Geese but a quick check of the flooded river Anker near the B5000 at Grendon produced only gulls. Nearby though a group of 6 Grey Partridge in the winter wheat were the first of the year. At Grendon Common there was no sign of Redpolls or much else. Moving on to Coombe Abbey the main drive was very busy with folk taking advantage of a sunny Sunday. I wasn't too optimistic about my chances of seeing the Lesser spotted Woodpecker during the early afternoon but I certainly wasnt going to see it sitting at home so it was worth a go. I was joined by Gary Briddick and friend who had just got back from the Black throated Thrush at Whitby. He found the female Lesser spotted Woodpecker almost immediately and we had good views for over 20 minutes.
Posted by bob duckhouse at 08:26