A visit to the East 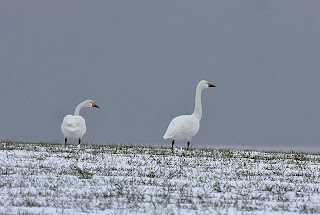 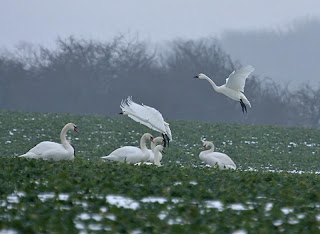 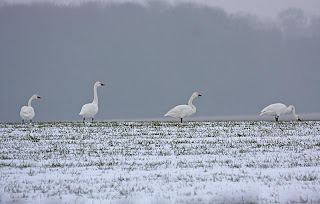 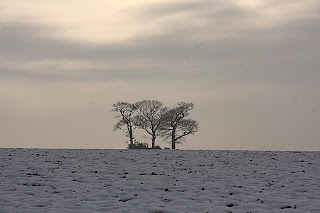 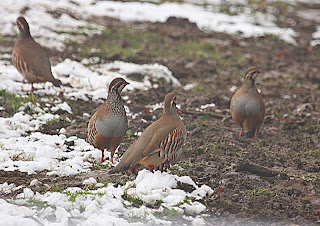 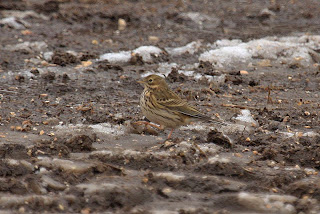 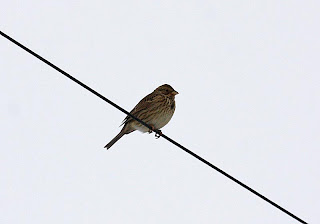 Corn Bunting
Thursday 14th January 2010
Fog permitting I was going to base the day around Draycote without actually going to Draycote Water. So when the fog lifted a little I decided to give it a go. Lawford Heath was the first site and I soon had Tree sparrow, Corn Bunting, Meadow pipit and Red legged Partridge. It was then on to the Grandborough valley. I was prepared to give it some time to find a Merlin. As I waited a Raven flew over and then a male Merlin shot through the Linnet flock and perched in a tree. I was joined by Steve Cawthray who was eager to look for the Great grey Shrike even though it hadn't been reported for a couple of days. We had good views of the Merlin through the scope. It was interesting that there were also two male Sparrowhawk in the area but there was no interplay between them and the Merlin. What was also interesting was that a Sparrowhawk took a Field vole despite the huge number of finches around. While all this was going on Steve continued to search for the Shrike. His efforts were rewarded when it suddenly appeared on a distant pole. No sooner had we admired it through the scope and it was gone again, so its apparently become more elusive but still in the same area. I thought it was time for a well earned handy pocket sized Pork pie but as I started to salivate walking back to the car a message came through that there were still 5 Berwick Swans near Church Lawford. The pie would have to wait. I alerted Steve and we set off for the Swans a short distance away. In fact there were 6 Swans when we got there with a large group of Mute Swans.