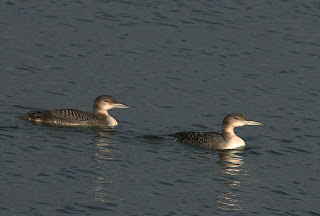 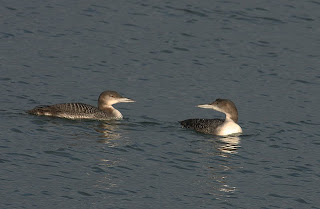 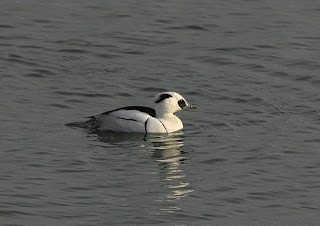 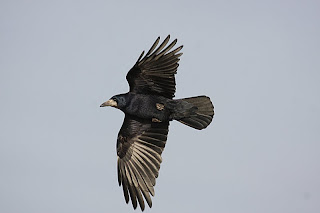 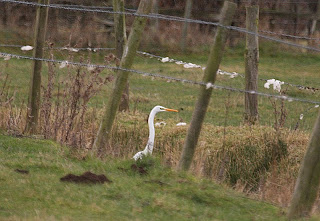 Great White Egret, Long Lawford
Saturday 2nd January 2010
Draycote water usually has a few overwintering birds so its a good place to start year listing. The cast wasnt as strong as the previous year but the trio of Great northern Diver, Common Scoter and Smew were still good birds. I teamed up with Keith Wimbush and Pete Forbes, it took us some time to locate the Smew but the 2 Great northern Divers and the Common Scoter were much more obliging. Back up birds included Grey Wagtail, Golden plover and Meadow pipit. I moved on to Brandon where a flock of Siskin in the Alders around the centre were logged. However, I aborted the visit as the skies became black and threated heavy snow. As I got back into the car a message came through that a Great white Egret was still at Long Lawford. Sat. nav said it was only 6 minutes away so I decided to risk the weather and go for it, even though Sat navs are clearly not calibrated for Skodas. When I arrived there were several birders on site but no sign of the Great white. I branched out to try and check the stream from higher ground but again no sign. John Judge kindly confirmed I was in the right area and as I was talking to him the bird flew in front of me and dropped out of sight further down the stream.
Posted by bob duckhouse at 15:33