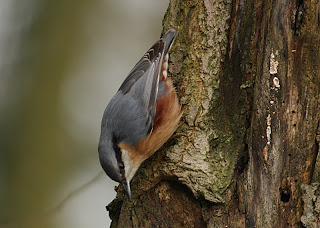 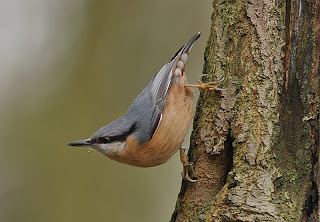 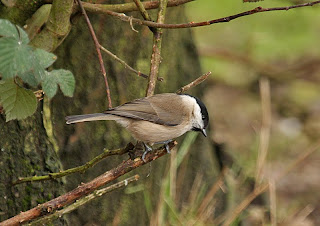 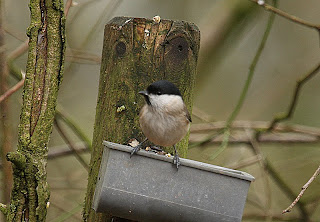 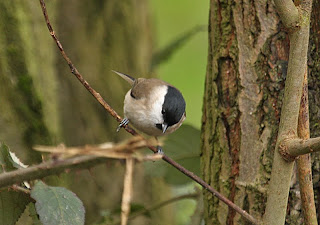 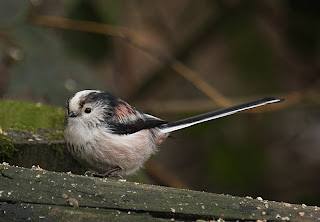 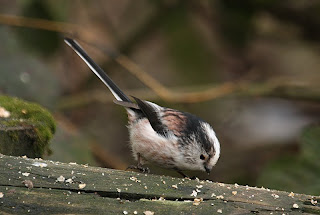 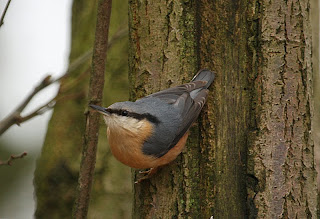 Nuthatch
Saturday 23rd January 2010
Started the day at Shawell with some hard core Leicestershire birders looking at a birdless expanse of water. We could see large numbers of Gulls over the tip in the distance but those which drifted our way totally ignored the pool we were looking at and flew on over our heads. Having lost all feeling in my toes I decided to leave, but met Bob Hazel back at the car. Bob said there were alot of larger gulls on flooded fields just the other side of Newton. I followed Bob to the site where there was indeed alot of gulls to look at. We found a Yellow legged Gull but could not locate the Ring billed Gull. It would have been amazing if we had found it as only a fraction of the number of gulls which visit the tip could be seen, but we had to give it a go.
I left Bob and drove back to Bricklow on the way home. Just outside the village is a little feeding station which had produced Marsh tit in the past. Despite a shoot which was going on nearby there were good numbers of Tits on the feeders, but no finches. A Marsh tit visited every now and then as did Nuthatch. In the surrounding trees were seen Great spotted Woodpecker, Treecreeper and Jay.